By sassadourian Other chicken recipes 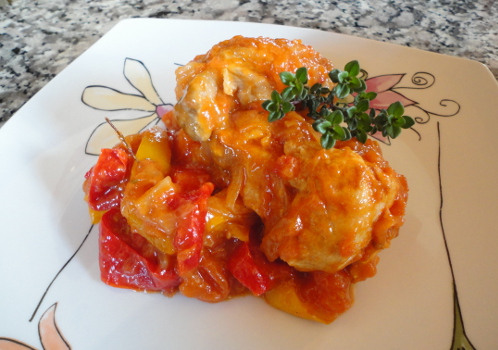 Chicken basquaise is a French recipe from the basque country in the south west of France. It is also called Piperade.

Tip: If after eating this delicious chicken basquaise, you have some tomatoe sauce left, do not hesitate to re use it in pasta and just topping a nice piece of bread!

Tip 2:  To peel easily the tomatoes, make a small cut in the skin and put them 30 seconds in boiling water.

The bouquet garni is a small "bag" of herbs containing: parsley, thyme and bay leave. You can do it at home and tie all the herbs together to keep them together during cooking and allow easy removal before serving.